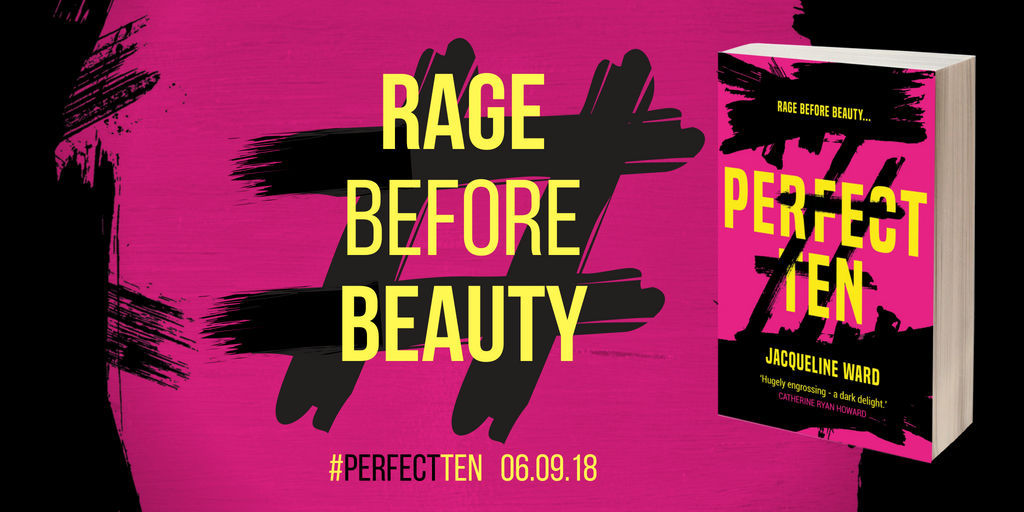 To mark the release of my novel Perfect Ten I wanted to talk about how I came to write it and why I chose revenge as the theme.

When I tell people that the theme of the novel is revenge there are raised eyebrows and curiosity as to what Caroline, the main character in Perfect Ten, will do, and why. This was exactly the same as my initial knee-jerk reaction when I first considered what someone would do in the face of such bad behaviour as Jack, Caroline’s husband, displays.

As a psychologist I wanted to dig deep into what happens when someone is exposed to this in a relationship, and the research I did not only revealed a shocking number of people suffering but also no real point of reference in media or literature that they could relate to. Many of them commented that women’s reactions are often ‘dumbed down’ or ‘passive’ which does not reflect the way people must juggle work, friends and family while dealing with serious, often externally invisible, relationship problems. More pointedly, revenge is always portrayed badly, and never as ‘an equal and opposite reaction’.

One woman told me that any action to rectify her own situation was always cast as ‘a victim taking revenge’ rather than ‘a woman defending herself’ which was what she felt she was doing.

In Perfect Ten, we meet Caroline at the moment she discovers exactly what her husband Jack has been up to; her world changes that day and she sets of a chain reaction of events that changes everything.

I spoke to many, many people about relationships and revenge and abuse during the years it took to write this novel. What happens to Caroline may be shocking, but I believe it reflects real life and strong women – often a life that is hidden from view behind a veneer of disbelief or even unwillingness to believe.

I finally decided to write about this subject after a conversation about writing themes that resonate with everyone. I knew that it would have been more popular to write about love and happy endings, but I wanted to take a risk and write about something that explores the darker side of femininity and the uncomfortable competition between women over men that often runs alongside friendship and support.

I took a chance writing Perfect Ten. I hope that you will take a chance too, and read it.

Thanks to Sanjida Kay who read Perfect Ten and gave the review above. Perfect Ten will be released in ebook and trade paperback on 6th September 2018 bu Corvus Atlantic Books. Pre-order here.