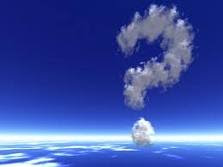 Truth is a tricky one. Is something true just because a group of people say it is? Or is there some way of proving that something is true or untrue? Or, are there many truths? Some things that we can see evidence for in the moment are obviously a consensus of something that happened – we can photograph something from the past and produce this as evidence. But what about Photoshop? The truth I refer to here is abstract ‘truth’ or what I like to call defended opinion.

I just finished reading ‘The End of Mr Y’ and while it started as a good read, and with some factoids about quantum physics and some very abstract concepts, it was right up my street. But, by the end of the book I was disappointed. The author seemed to want to bend science and religion into an explanation of subjective consciousness, and I wasn’t happy with that, in my opinion, incomplete account. I did however, take into account that perhaps that was what she believed and I respect her right to write it.
I also watched the Jeremy Kyle show. Yes, I was bored in a London hotel room, and having even exhausted the philately collection at the British Library, I found myself glued to a scenario where a young girl had slept with three men on the same night, found herself pregnant and didn’t know who the father of the baby was. To compound the sorry tale, the man she lived with, one of the paternity suspects, had accused her of seeing another suspect behind his back. So she faced not only a paternity test on her child but also a lie detector test.
All this got me thinking about what truth actually is. Is it a point of view? After all, if we believe different things and we both think we are right, which one is the ‘truth’? Surely they can’t both be true? Or can they?

Until around 1997 I was fairly narrow minded about truth and I thought that the major narratives in society (religion, politics, science) must be true if so many people ‘believed’ them. Then I discovered that, in fact, I can believe anything I want to. If you say a piece of wood with four legs attached that we can conveniently sit around and eat food from is a table, then to you it is. To me it might be a ngkl or a fsjf. To someone in Iceland it’s a tafla. We all know that this is just a matter of common language – a term we all use for the convenient piece of furniture that varies from community to community. We also know that meaning can be lost in translation. But what about meaning and truth?

Meaning is unique to everyone. Based on the way we assimilate memory and what experiences have built memory schema, we all construe different meaning on situations – sometimes very similar and sometimes very different. These experiences are ‘real’ to us because we have actually experienced them. However, abstract concepts are different. We have not directly experienced them, rather vicariously through other people’s ideas and through books. So, if we haven’t had experience of something, how can we know it’s ‘true’ – just because someone else says so, has influenced us to buy into what they believe too, or it’s written down? If this is so, why would we not believe the opposite, if that too was written down or told convincingly?
In my opinion, because we are so egocentric, we choose the meaning that will benefit us most, align to to and stick with it as ‘truth’. There are so many opinions and theories, all a ‘truth’ to someone in their unique conscious mind, that there could never be a single truth. The problem is that the deeper one clings to a particular belief, the more difficult it is for them to see that lots of other people know there are multiple truths. This seems to lead to a position where they actually believe that they have some special privileged ‘truth position’ that makes their knowledge superior in some way to other people who believe something different – which brings me back to egocentric behaviour in one circular movement.
The author of the book above may believe that the explanation for consciousness lies between science and religion, and the potential father on the Jeremy Kyle show may believe that his partner has been seeing another man even with little evidence, if he has been hurt before in a relationship (turned out she hadn’t), and each are entitled to their own opinion. Although this raises the question of ‘moral truth’ where it is unethical to impose a truth that harms someone else onto them. Believe what you want to, but take responsibility for your actions when it involves other people.
The flash point comes when someone imposes their own ‘truth’ on someone else and insists it is ‘right’, particularly when there is no current evidence to support it. If we live in fear that we are wrong and cling to truth all we do is perpetuate single mindedness and prejudice; if we respect other people’s truths we can live more happily. As Louise McNeice said in his popular poem ‘there is no one way that is right entirely‘.
That’s my ‘truth’ – please feel free to disagree!

1 thought on “Why people cling to the concept of truth”

Get a free, exclusive short story that introduces a character from Jacqueline's next novel.