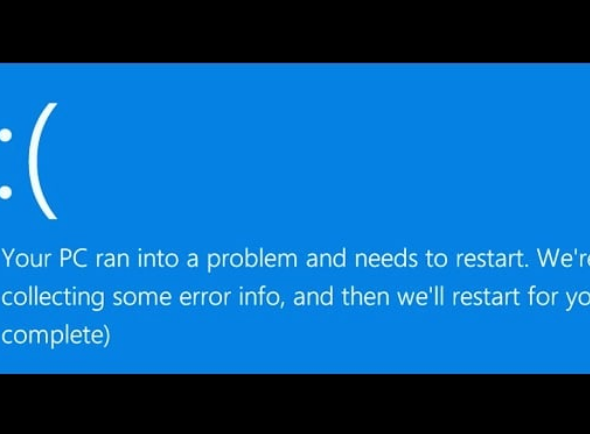 I was happily typing away when the blue screen appeared. It’s taken me two days and a lot of swearing to reset windows and reinstalled all my apps.

But during that time I managed to think about THE BIG PICTURE and if the overall concept of the novel was too cliched. I’ll take the risk. Not all is lost, just the last paragraph after auto save.

There is another lesson in this – don’t panic. At a different time in my life I would have just thrown the laptop in the bin and spent a lot of money on another one. Instead, I waited until i had calmed down then set to work going through the boot up options – to see the repair screen i had to turn the laptop on and off three times. It would not repair or restore, so I had to go for reset keeping data .

It did work and because all the programmes (or apps) were cloud based I was able to set it up again within a couple of hours. So the sliver lining is that I saved myself a lot of cash by being patient #eternaloptimist

And thank goodness for @dropbox