Subtext: what lies beneath – Jacqueline Ward
Skip to content 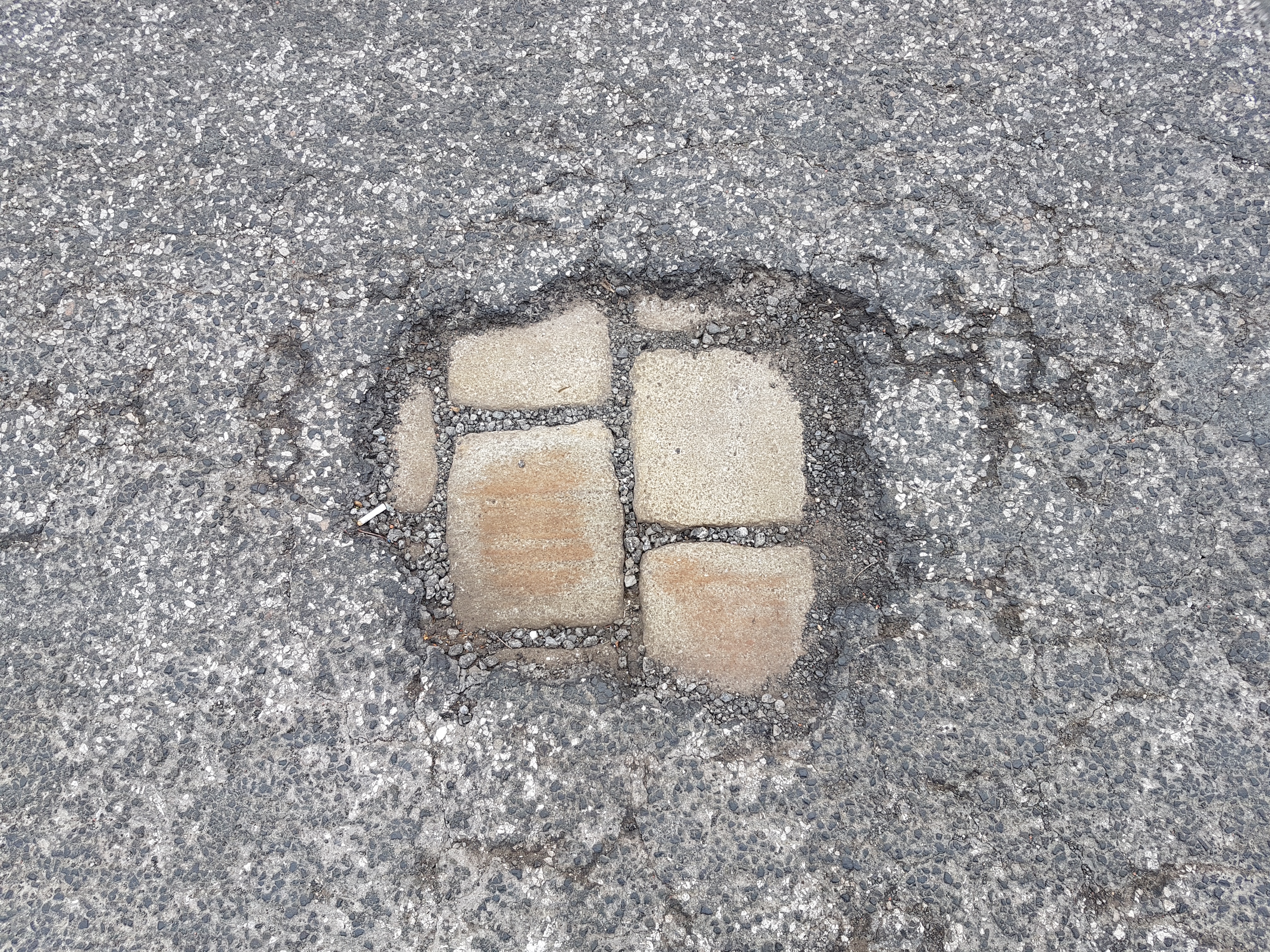 I never get to see films or to read books when they are released. My life is just too busy. Eventually I will be wowed by certain films and books and take to Twitter to praise them. Late to the Party. Always the Bridesmaid… etc. Last week I watched Quentin Tarantino’s The Hateful Eight.

I was completely shocked at the opening scenes with Jennifer Jason Leigh and I had already spotted that The Weinstein Company had produced it – my opinions were already forming five minutes in. Then I remembered that this was a Tarantino film, famed for extreme violence and my TV set has an off button. It is my choice to watch, and I did.

The Hateful Eight is a masterclass in subtext. The main layer for me as a feminist was the looming question over Daisy Domergue – she was undoubtedly a killer, based, according to Tarantino, on Susan Atkins. Her characterisation raises the same questions that I have had raised about my characters – can women be bad? Daisy was a killer. Yet the violence she endured and, eventually, her death, set all my senses on edge. There was also a strong subtext of racism, beautifully executed by Samuel L Jackson that made me consider a dual viewpoint.

Another subtext showcase is Russian Doll. I love anything Natasha Lyonne does and this was no exception. I am a huge fan of ‘stories told differently‘. I loved the way The Affair was told in trailing flashbacks and overlapping backstory. So when I managed to watch the half hour episodes of Russian Doll on Netflix at the same time as everyone else, I was gagging to discuss the underlying themes.

It turned out that many people had taken the series on face value and likened it to a modern take on Groundhog Day. The overarching plot was enough to grip most people. There were obvious moralistic plot points to hammer home the obvious existential push of the plot, but something else was there, nagging at the edges of my psyche.

Then I realised. as a recovering addict myself (nothing exciting folks, cake and nicotine rather than heroin or cocaine) I recognised the ‘repeating the same mistakes’ mantra. A quick Google confirmed that a lot of other people had the same awakening – it was based on the 12steps. Now, you can even find a guide to the subtext – Russian Doll ‘eastereggs’ – after all, the main character Nadia is a game coder.

These two examples on the screen started life as scripts.

So how is subtext written in scripts and novels?

The simple answer is: it isn’t. It is implicit. Subtext is a gradual understanding of meaning behind the text that develops as the story unfolds.

An brilliant example of this in novel writing is ‘Normal People’ by Sally Rooney. Rooney tells the story of Connell and Marianne from meeting at school to going to University. The writing in sparse and concise, but as the novel progresses the subtext of power and class shines through. I cringed at Connell’s discomfort at Trinity College. I found insight in Marianne’s gradual denial, understanding then numbness to her beauty. I strongly resonated by the things unsaid between them that kept them more apart than they should be.

Another example is ‘Daisy Jones and the Six’. Told in a documentary style and, on the surface, a story abut the rise and fall of a rock band, this story is the juxtaposition of the female and male ‘bad’ roles. It works so well and covers a wide range of relationship subtext by employing a wide range of opinions on a particular subject to make the reader think about their own stance. It will be interesting to see how this translates to TV in the Amazon series it has generated.

So how can you be sure that your work contains subtext?

I can only describe my own process. I unashamedly write commercial fiction – psychological thrillers – but I do not believe that subtext is the exclusive property of literary fiction or writing for the screen, even though the marketing engines of publishing suggest this. I wanted to write about revenge in Perfect Ten. ‘Revenge’ is a strong marketing tool as it is an emotion that resonates with lots of people. But it is also a source of pain and deliberation – most people might think they want revenge, but will they act? Is it dependent on the betrayal?

Underneath all this I wanted to ask two questions:
Would a professional woman seek revenge?
Is it more acceptable for men to behave badly than women?
I wanted reader to think about this, and questions related to it when they read the story. I wanted them to look at Caroline’s behaviour and consider why they felt uncomfortable with it. I wanted them to wonder if Caroline’s actions were proportionate to Jack’s.

So how do we know if subtext is working?

The only way we can know if subtext is working is from reviews. By showing other people our work we can find out of their moral compass has picked up the subtext and if they have been affected by it.

The first layer of people who will comment are beta readers, agents and editors. these are typically the people who will help you to define what you have written and to voice their initial insight into the writing, the story and the subtext. Agents and editors are also the gatekeepers of the industry and the connection to trends, markets and zeitgeist, so their opinion is ultra important.

Once published, the second layer is readers. Reviews are so important to authors because thy provide validation in a tough world.But they also provide a deep insight into whether readers have connected to the subtext.

The beauty of looking at reviews from the point of view of subtext is that all reviews are good. Yes, again, all reviews are good. From this position, what you are seeing in a ‘bad review’ is often simply the reviewer’s moral position on the subtext. Here’s an example from a two star review for Perfect Ten.

‘One minute Caroline is convincing herself that Jack’s mistresses knew he was married and are therefore fair game for revenge only to retract that statement and claim in the next paragraph they were similarly duped and I found her portrayal hard to equate to the smart, mature woman that the author was obviously keen to present.’

This particular review runs to four long paragraphs, some of the comments a direct, opinion-based comment on the subtext, in this case a reaction to ‘would a professional woman seek revenge?’ This reviewer extends this question to the link between academic intelligence and emotional intelligence. She mentions it twice in the review. She has clearly thought a lot about this. The subtext has worked.

Other reviewers comment on Caroline’s sleeping with random men in Premier Inn, asking if I realised that this is ‘as bad’ as Jack’s philandering. I know from my research that the rights and wrongs of women’s sexual behaviour is a grey area in comparison with men’s sexual behaviour and this is exactly why I included this facet of Caroline. Again, the subtext has raised this question for the reader.

I am so grateful for any and every in depth review as it will help me to pull together an overall precis of what Perfect Ten meant to people. Of course, I am also grateful for reviews that comment on the ‘enjoyment/entertainment factor’ – this is different to commenting on the subtext, but connected because it indicates that the reader was invested in the subtext (not necessarily in agreement but willing to take it on).

I can’t finish this article without mentioning the king of subtext Ricky Gervais. Love him or hate him, his writing and consequently his TV is laden with heavy duty ‘make you think’. The vitriol toward him and his sometimes extreme evoking of feelings fires Twitter to almost breaking point at times and bring out the very worst in people. His latest series ‘After Life’ is the best yet.

Another comedy/tragedy work of genius is Fleabag. Again, a ‘different way of storytelling‘ with the look to the fourth wall enhances the sadness of all the characters and brings mental health into focus as she flashes back constantly to her dead friend. The outcry of ‘posh girl’only strengthens my belief that the biopic on the middle class in a clever piss-take by the writers to make us think about ‘is love really any different for any of us’? Brilliant, brilliant, brilliant.

The comedy/tragedy subtext is powerful because it delves into opposing emotions concurrently. The best of this finds subjects a wide range of people can resonate with and pushes it to it’s boundaries.

Did it make you think?

If a novel or a film or TV makes you think about deep issues, it must be good, right? Not always, according to some. There is a certain viewpoint that is popular a the moment that is against violence in women’s psychological or crime fiction. Their claim is that by showing/describing violence the author is perpetuating it. That is is irresponsible. I have two comments to make about this.

I also note that the people objecting to are often writing in an opposing genre to psychological thriller or crime and, as is often the case in the human condition, have a self interest. They make no comment on other violent subtext such as Tarantino’s or violence before the watershed in soap opera. There appears to be a ‘I know better than you’ nanny effect bordering on control in play here – we are all adults who must make our own decisions and can look away at any given time. I would prefer to be given the choice of which art form I choose rather than have the possibilities censored.

Taking a particular example, one commentator stated that domestic violence should not be portrayed in books as this perpetuates it. I know from academic research that victims of domestic violence rarely articulate their stories in full. This is often because they are afraid that the listener with either not believe it or that it will harm them to hear it. Or that they have been sworn to secrecy by their abuser – a common act of control.

Subtext can be something we turn to when we have nothing else.